Stater Bros. Charities & Reyes Coca-Cola Give Back to Military Families 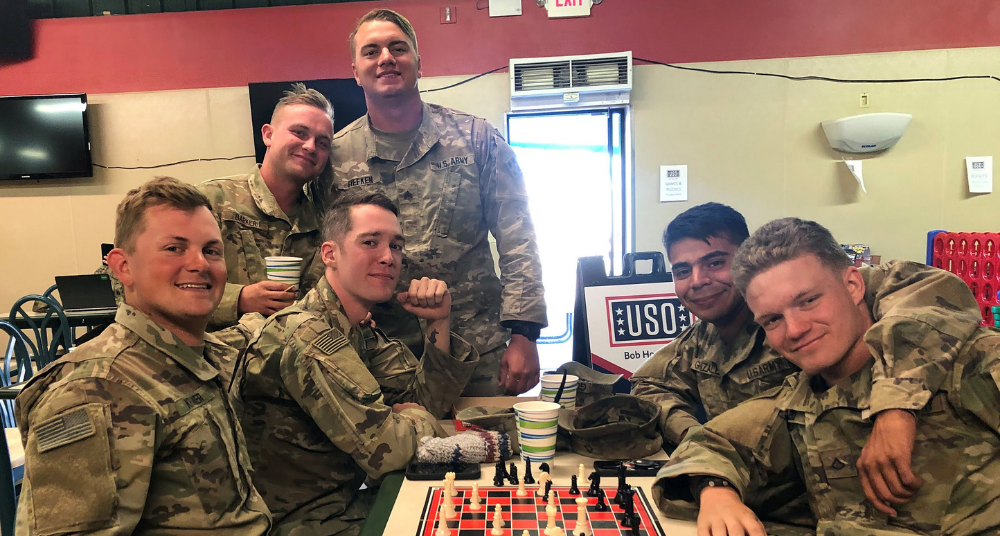 “Stater Bros. Markets was founded by World War II veterans, so nurturing our veterans, military, and their families is embedded in our company’s culture,” said Danielle Oehlman, Director Stater Bros. Charities. “We’re incredibly grateful to partner with our generous customers, teammates, and friends at Reyes Coca-Cola to further the vital work of the Bob Hope USO, ensuring local service members get the assistance they need and deserve,” added Danielle.

The Give Back program is a unique opportunity to show gratitude and support to the brave men and women who continue to sacrifice their lives for our freedoms and to care for their families while they are away from home on deployment.

Bob Kurkjian, President, USO West Region, said, “Coca-Cola and Stater Bros. have been stalwart supporters of our troops and their families for decades. My thanks to CEO Pete Van Helden and the Stater Bros. Team and CEO Bill O’Brien and Reyes Coke for their partnership!”

Funds raised throughout the campaign will benefit our military and their families throughout Southern California.

Communities throughout Southern California look to Stater Bros. Markets for Fresh. Affordable. Community First. grocery shopping every day. Stater Bros. nurtures families and their communities at more than 170 stores and through the helping hands of 18,000 caring employees. While the Stater Bros. meat counter is legendary for its quality and variety, every store department is designed to surprise and delight today’s shoppers. The Company lives out its values through the charitable efforts of its non-profit, Stater Bros. Charities. Learn more at staterbros.com.

Stater Bros. Charities is a 501(c) (3) non-profit organization that supports critical needs in the communities where Stater Bros. employees live and work. Since 2008, Stater Bros. Charities has invested over $36 million in countless local organizations and causes that benefit hunger relief, children’s well-being, education, health, help for our nation’s veterans and active service members. Funds are raised throughout the year from generous customers, supplier friends, and caring members of the Stater Bros. Supermarket Family.

Reyes Coca-Cola Bottling is a division of Reyes Holdings, one of the largest privately held companies in the world and a global leader in the distribution of food and beverage products. As a proud bottler and distributor of Coca-Cola products, Reyes Coca-Cola Bottling employs nearly 11,000 people and operates across 10 states: California, Illinois, Indiana, Iowa, Kentucky, Michigan, Minnesota, Nevada, Tennessee, and Wisconsin.

The USO strengthens America’s military service members by keeping them connected to family, home, and country, throughout their service to the nation. At hundreds of locations worldwide, we are united in our commitment to connect our service members and their families through countless acts of caring, comfort, and support. The USO is a private nonprofit organization, not a government agency. Our programs, services and entertainment tours are made possible by the American people, the support of our corporate partners, and the dedication of our volunteers and staff. To join us in this important mission and learn more about the USO, please visit USO.org or follow us on Facebook, Twitter, and Instagram.