Top 5 Best Veggies You Should Grill 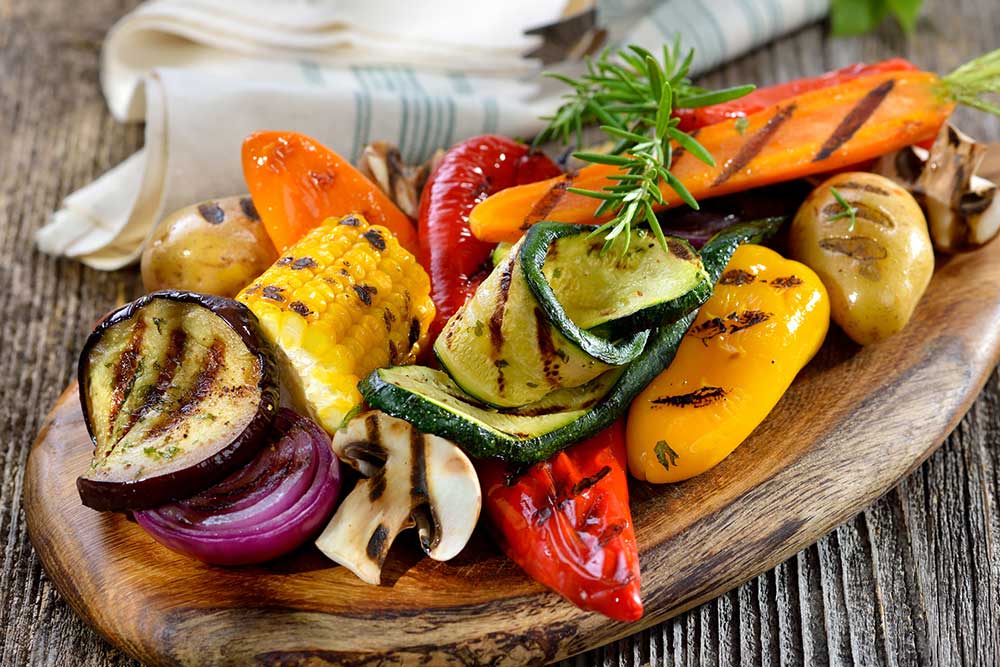 With Summer right around the corner, that means grilling season is upon us. But grilling out doesn’t mean you have to say goodbye to those healthy foods you’ve been steaming, roasting, and maybe even eating right out of the fridge. That’s right, veggies belong on the grill, too.

So, if you’re planning a summer barbecue, or maybe you’re a year-long grill master, and you’re hoping to keep things healthy while you’re having fun, we’ve put together a list of the best vegetables to grill and the right way to grill them.

Corn On The Cob

Corn on the cob is no stranger to a good old family barbecue. But when it comes to grilling, it’s important to start with the right ear of corn.

There are few key things to keep in mind when you’re grocery shopping:

Once you have the perfect ears of corn, you have a decision to make: husk or no husk?

If you choose to grill with the husk on, go ahead and partially shuck it removing as much of the silks as you can (leaving the husk attached at one end). Season the corn and rub on some butter or oil, and then pull the husk back over the corn and toss it on the grill.

If you’d rather ditch the husk altogether, just shuck each ear and place it on the grill. If you prefer your corn a little charred, this is the way to go.

When it comes to grilling the corn, it cooks the same with or without the husk!

Asparagus is not always a fan favorite, but that could all change once you discover the best way to grill it. For those days you need a healthy side dish and you’re already tossing some steaks or burgers on the grill, some grilled asparagus will do the trick.

For grilling, you’ll want to go with thick asparagus spears. These won’t overcook or burn to a crisp while cooking. Look for spears that are firm and green, and make sure the ends aren’t withered.

Before tossing them on the grill, be sure to cut off the ends – they’re woody and tough to eat. You’ll want to cut the spears about ⅔ of the way down for best results.

Once your asparagus are trimmed, go ahead and season them lightly. The grill adds most of the flavor, so we’ve found the best seasoning is a bit of olive oil (about 1 Tbsp.), a dash of kosher salt, and some freshly ground black pepper. Toss your asparagus in the oil, salt, and pepper, and they’re ready for grilling.

When it comes to grilled vegetables, zucchini or yellow squash are always a good call. They’re rich in nutrients, high in antioxidants, and may even improve heart health.

When you’re preparing your zucchini or squash, you’ll want to cut them lengthwise into meaty, steak-like rectangles. We recommend you avoid cutting them into small pieces because the more surface area you give them for grill marks, the more flavorful they’ll be. Larger pieces also make it easier to move them around on the grill.

Before putting them on the grill, go ahead and toss them in some olive oil to keep them from sticking to the grates. Then:

Bell peppers are an extremely versatile vegetable. You can cook them in so many different ways and add them to a plethora of dishes. We love them as an option for grilling since they’re hearty, packed with flavor, and add the perfect bit of color to any plate.

For grilling out, any bell pepper will work, and preparation is pretty simple for these colorful veggies. Cut them into quarters and be sure to remove all of the seeds. Give your quartered peppers a light rub of olive oil so you can be sure they won’t stick to the grill.

Once you’ve prepared your bell peppers, it’s time to fire up the grill and follow these steps for best results:

The great thing about tossing some portobello mushrooms on the grill is they can be eaten as either a side or the main course. Grilled portobellos are a healthy, nutrient-rich vegetable that can actually be served as a great substitute for meat. Portobello burgers are a tasty alternative for vegetarians since these thick mushrooms have a similar texture to meat and they’re easy on the digestive system.

To prepare your mushrooms, be sure they’re nice and clean, and remove the stems. From there, you’ll want to rub them all over with olive oil, including the underneath side, and then drizzle them with balsamic vinegar (we recommend using about 1-2 Tbsp. for 4 mushrooms, but you can add more or less depending on your preference), and sprinkle salt and pepper.

When they’re prepped and ready for the grill, follow these steps for your perfect grilled portobellos:

Try These Recipes For Yourself

If you feel like you’re in a cooking rut and need to switch it up, give these grilled vegetable recipes a try. Cooking on the grill gives a distinct flavor that you just can’t replicate in the kitchen. The best grilled vegetables, when grilled the right way, will be flavorful and packed with nutrients, and it’s hard to beat a good backyard barbecue.