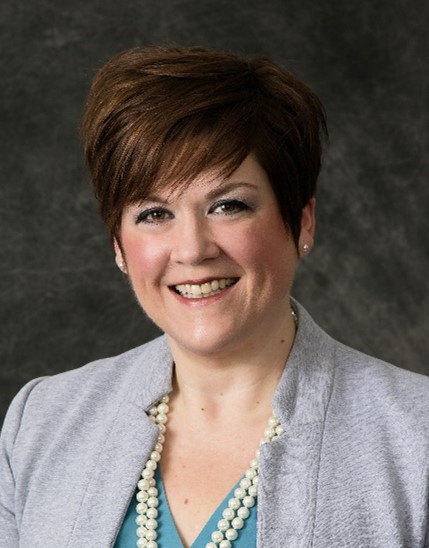 San Bernardino, California (August 29, 2022) – Stater Bros. Markets is pleased to announce the appointment of Rebecca Calvin to the role of Senior Vice President and Chief Marketing Officer, due to the upcoming retirement of the company’s well-respected and current Executive Vice President and Chief Marketing Officer Dennis McIntyre. She will report to Chief Executive Officer Pete Van Helden and serve on the company’s Executive Leadership Team. She will begin her new role on Monday, September 26, 2022.

Calvin will lead the company’s marketing efforts which include the Sales and Merchandising, Integrated Marketing, eCommerce, and Food Strategy and Innovation departments. She will be responsible for strengthening Stater Bros.’ ability to meet the evolving needs of grocery shoppers in the diverse Southern California market through smart and effective product, pricing, and promotion strategies.

“I am very excited that Rebecca has chosen to join the Stater Bros. team and I look forward to working side-by-side with her to make Stater Bros. the premier shopping destination for groceries in Southern California,” said Stater Bros. CEO Pete Van Helden. “On behalf of all our teammates, I would also like to take this opportunity to thank Dennis for nearly 45 years of dedicated service to our company. His passion and enthusiasm have made a significant impact on the current and future success of Stater Bros.”

Calvin arrives at Stater Bros. with several years of experience in the grocery industry, most recently serving as Senior Vice President and Chief Merchandising Officer at The Save Mart Companies, where she led merchandising, space planning, pricing and promotion execution, and their private label program. Before joining The Save Mart Companies, she began her career in the grocery industry with Daymon Worldwide as a category buyer. She served as Vice President of Grocery, Frozen, and Dairy at Mariano’s before continuing on to merchandising and category management roles in the Kroger family of companies.

Calvin graduated from the University of Wisconsin-Oshkosh with a Bachelor of Science Degree in Biology with a Minor in Business Administration and is a graduate of the Cornell University Food Executive Program. She has earned a Six Sigma Green Belt Certification and currently serves on the Western Association of Food Chains (WAFC) Board of Directors. Earlier this year, Calvin was recognized as one of Retail Today’s “50 Outstanding Women in Retail.”