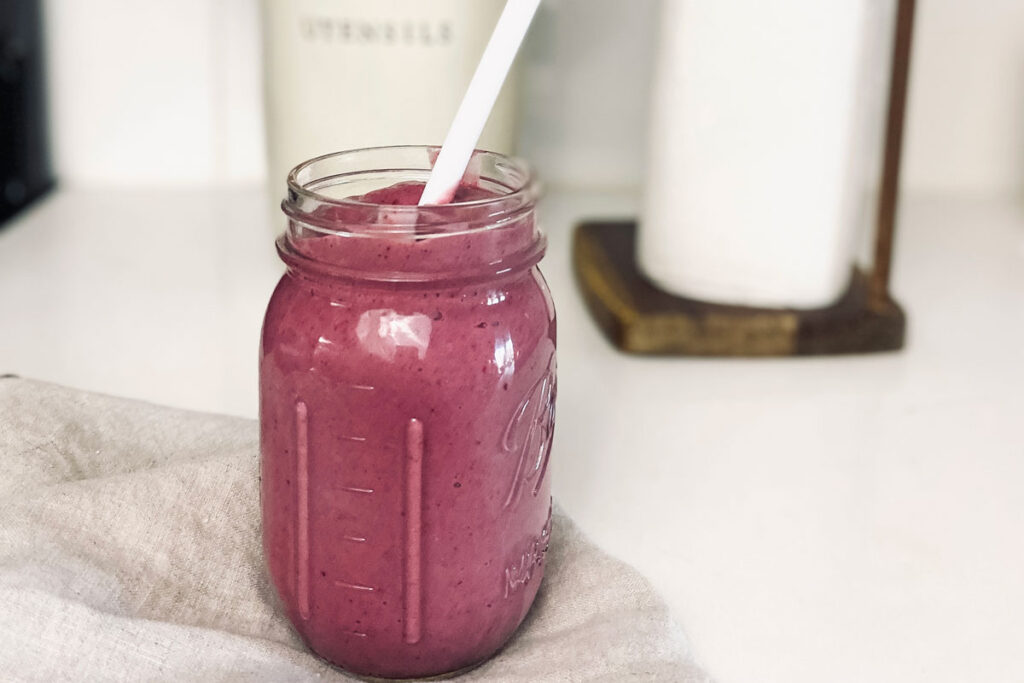 The first smoothie was created by Julius Freed in the 1920s as a way for him to avoid the stomach pain he experienced when drinking orange juice. Due to his sensitive stomach, he could not drink orange juice without experiencing abdominal pain. He realized that blending orange juice transformed the texture, increasing the frothiness and even reduced the acidic burn. He went on to create Orange Julius, one of the original fast food chain restaurants.

Household smoothies were originally made possible by the invention of the household blender back in the 1930s. At the time, smoothies were a simple beverage blended with fruit and fruit juice. While not very popular at this time, they really caught on during the health food craze of the 1960s and 1970s. It was during this time that the health food stores were opening up frequently as health was a big interest of many young adults.

These days, smoothies are often used as meal replacements or efficient ways to increase fruit consumption. They are most frequently consumed as breakfast, packed with plenty of fiber-rich produce to jump start your day. Smoothies are no longer limited to simply containing fruit and fruit juice. It is now quite popular for vegetables to also play a major role in the ingredient list of smoothies. Kale, spinach and other green leafy vegetables are a great addition to increase the nutrient content in smoothies. Stick to neutral tasting greens and avoid bitter varieties like arugula. Frozen cauliflower rice is a trendy ingredient that not only makes your smoothie extra creamy in texture, but increases the vitamin and mineral content. Adding in avocado can increase the creaminess as well as supply healthy fats.

Starting your day with lots of healthy plant food can kick off your day on the right track. Many smoothie recipes can lack protein, leaving you hungry and drowsy. This smoothie is packed with plenty of fiber and plant-based protein to keep you energized and satisfied throughout your busy morning, truly acting as a complete meal replacement. Reminiscent of the flavors found in peanut butter and jelly sandwiches, think of this smoothie as the more sophisticated rendition of the timeless childhood favorite.

The unsweetened soy milk not only provides the much-needed fluid to blend the smoothie, but it is more nutrient-dense than other non-dairy milks. Soy milk has plenty of plant-based protein and is often fortified with essential plant-based vitamins and minerals including vitamin B12, vitamin D, and calcium. Banana, not only provides a creamy texture, but also provides sweetness. Frozen raspberries are incredibly flavorful and packed with antioxidants, helping to fight inflammation in the body. Peanut butter provides plenty of plant-based protein as well as healthy fats. Sprinkling a little ground flaxseed into your smoothie is virtually tasteless, but adds omega 3 fatty acids and even more fiber. Ground flaxseed has been shown to help lower blood pressure and lower blood cholesterol. Toss all these ingredients in a blender and blend for a healthy and delicious smoothie.