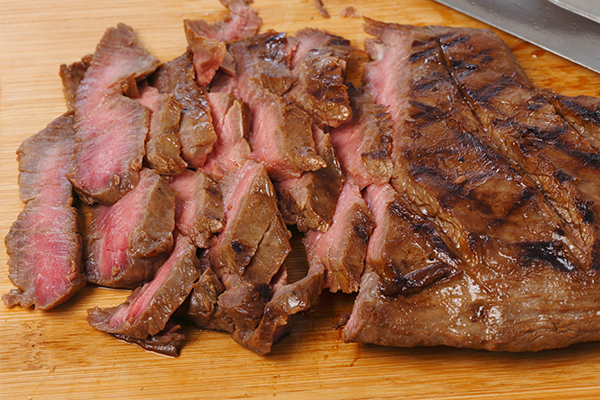 Where did London Broil come from and how it impacts my health.

First a bit of history about the London Broil:

You might be shocked but the London Broil beef dish does not come from London, England instead it was started in Philadelphia, Pennsylvania in 1931. A creation where you marinate and broil the beef, however, now we usually just grill it.

If you’d like to marinade before grilling or broiling your beef cut, feel free to ask our Certified Meat Cutters for assistance. Most commonly, the marinade consists of a mixture of olive oil, balsamic vinegar, ginger, and honey.

According to Men’s Health, the London Broil is very lean and the lowest calorie cuts of beef consisting of only 168 calories per 4 ounces with 24 grams of protein. Key vitamins and minerals include riboflavin, niacin, vitamin B6, vitamin B12, iron, phosphorus, zinc, and selenium.

Since this cut is one of the leanest, it is a great source of protein for helping with weight loss. In an 2005 study published in “Journal of Nutrition”, consuming this lean protein and with regular exercise allowed a decrease in overall body fat and increase in lean muscle-mass. The London Broil’s vitamins such as B6 and B12, according to Cattlemen’s Beef Board, people who didn’t eat beef were less likely to reach the B6 and B12 intake that affect your nervous system health.

1. In large skillet, heat oil over medium-high heat. In 2 batches, add beef and cook 5 minutes or until beef is browned, stirring occasionally; transfer to 5- to 6-quart slow cooker.

2. Add tomatoes with their juice, broth, carrots, celery, garlic, potatoes, bay leaf, onion, wine, parsley, Worcestershire and thyme. Cover and cook on low 9 to 10 hours or until beef and potatoes are tender.

3. In medium bowl, whisk water and cornstarch; stir into slow cooker. Increase heat to high; cover and cook 15 minutes or until thickened. Remove and discard bay leaf; stir in salt and pepper. Serve garnished with parsley sprigs, if desired.